Today I  was in a fairy tale village, barely a few streets, which comfortably outstretched on the banks of the River Medway, with a beautiful, very old,  stone, five spans bridge. In the village, on the main street, some buildings could tell us tales about the times of  Elizabeth I. The whole place is dominated by the church tower dedicated to Saints Peter and Paul. 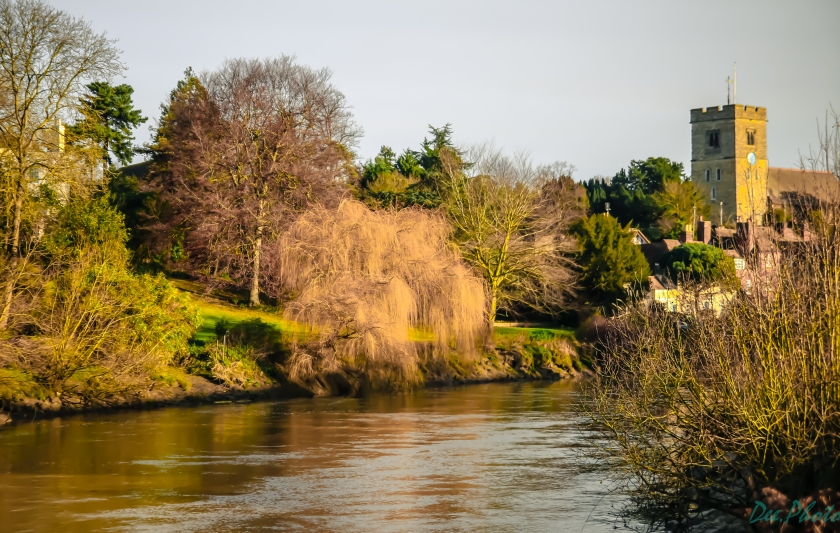 This fairytale land is called Aylesford. The name supposedly comes from the legendary, cruel  Aegel, who collected tolls at this place for crossing the river. Hence all the land was called his fort: Aegel-fort, later converted into Aylesford. This land is deeply rooted in the  early history of England. Near the crossing on the Medway River, there was a battle in 455 between Anglo-Saxons and Britons, the indigenous inhabitants of these lands. Three centuries later in 893 when Alfred the Great defeated here the Vikings, and in 1026  Edmund defeated them again in this very same place. After the Norman invasion in 1066, Aylesford became the private property of William the Conqueror. Business on the river, constantly floating barges enabled the place to flourish. 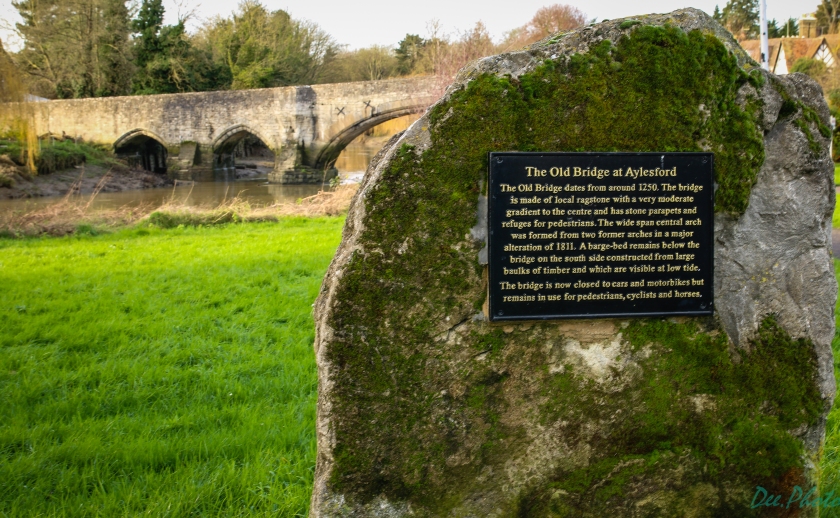 I went to this historical village by car, and park on the parking right next to the new iron bridge. I left my car there and went for a walk however first i had to stay for good few minutes on this iron bridge to admire a panoramic view of entire village. It was just breathtaking. I stood there for a bit and took many photos, just like this one:

After that I turned right on the street, and I walked passing several interesting houses with beautiful, mature gardens . Then I reached  this medieval stone bridge however after taking few photos I kept walking on the path along the river until i came to this view of the the abbey called Aylesford Friary.

It is a Carmelite brotherhood founded in the 13th century.  But I will write about them separately one day, especially since there  you can find very interesting art works created by Polish artist Adam Kossowski.

After returning to the stone bridge, I crossed the river and came to the town’s main road. Regardless of whether you go left or right, the road will lead you to the church on the hill. I went left and I came back from the right. Along the way, I came across few beautiful Elizabethan houses, one of them, George House used to be an inn. During the war, a bomb fell nearby, but by a lucky coincidence the building survived.

The church on the hill dates back to the Norman times. The interior consists of two naves, supported by a row of elegant columns. Stained glass windows were inserted in Victorian times and are mainly dedicated to the twelve apostles. There are two noteworthy tombs in the church, one of the 14th century Cossington family, which once owned the local lands, and on the left side of the altar stands another impressive double tomb, the Colepepper tomb, beautifully carved in marble. 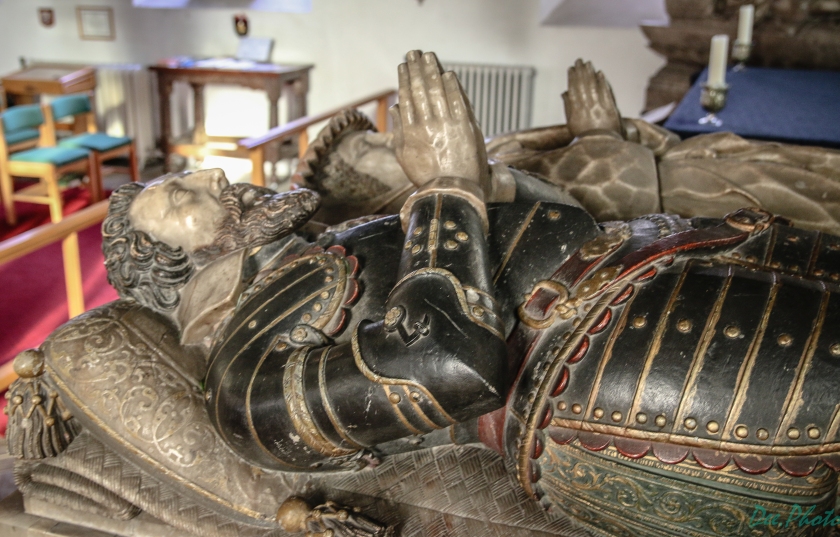 Life-size figures are visible from afar. The man is dressed in armor, and the woman is dressed in a long straight dress, wrapped in a cape, with a giant quilted collar. On the side of the tomb are kneeling figures of their sons and daughters. On the north-eastern side of the church there is an original oak door, now over five hundred years old.

After leaving the church, it is worth taking a stroll around the surrounding cemetery. The yew tree growing there supposedly was planted in 1708. Near the southern portal there is a beautiful, stone tomb of the Spong family, apparently the famous writer Charles Dickens used a member of this family as the prototype to create the character of Mr Wardle in the book Pickwick Club. Apparently, Dickens himself had a burial place bought here, but his fame did not allow it, after his death he was buried in a well-deserved place in London’s Westminster Cathedral.